Today, New Zealand singer-songwriter Marlon Williams announces his third solo album, My Boy, out September 9th on Dead Oceans, and presents a new single/video, “Thinking of Nina.” My Boy is Williams emerging anew. Gone is the solemn, country-indebted crooner with the velvet voice – in his place comes a more playful, shape-shifting creature. Accompanied by a music video directed by Sports Team, “Thinking of Nina” is inspired by an obsession with the spy drama, The Americans, and glistens with an ‘80s noir sheen. Following the previously shared title track, “My Boy,” “Thinking Of Nina” reiterates Williams’ sonic expansions. 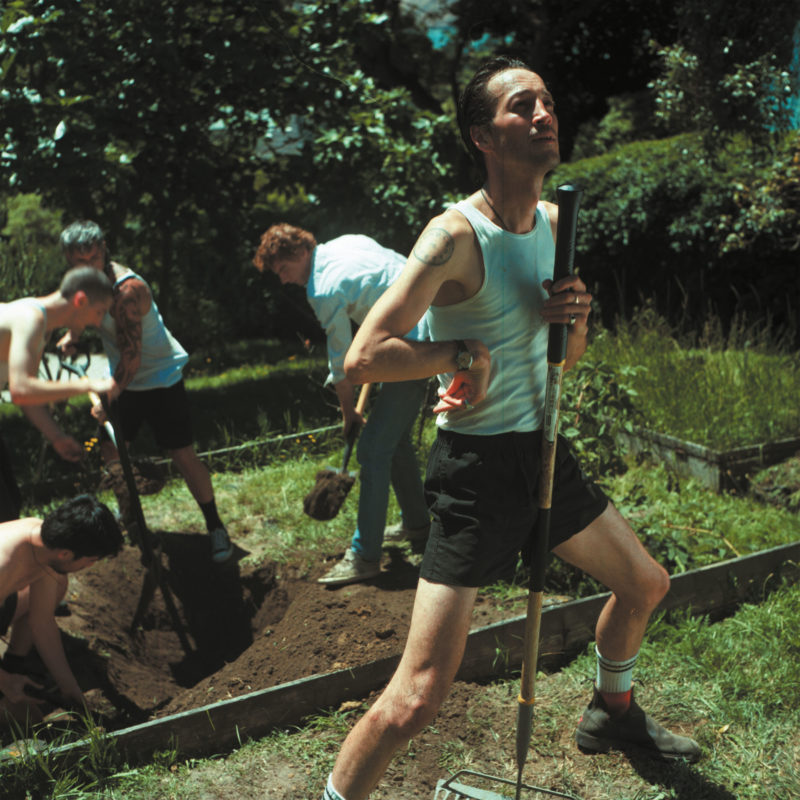 “This is a song about the dangers of wearing different faces in different places, of waging wars on multiple fronts; of having so many selves as to not be a self at all. Also at play is the dark phenomenon of White Knight Syndrome; the desire to simplify, infantilise, protect and ultimately commodify an object of desire,” says Williams. “The video, imagined and concocted by the exciting duo who make up Sports Team and myself draws on the silliest stylings of the 80s New Wave a la Spandau Ballet’s ‘Gold’ and Duran Duran’s ‘A View To A Kill.’”

Sports Team elaborate on the video, “We shot the bulk of it in one day, with Marlon going full Bogart, smoking a heroic amount of cigarettes for the part. Special mention must go to Alice May Connolly in the role of Nina, who transcended her small screen time to convince us this fictional 60’s spy show may exist? Or else it needs to.”

As the pandemic paused global travel, Williams found himself at home in New Zealand decompressing from the tour for 2018’s stunning portrait of a breakup, Make Way For Love, and exploring new avenues left in its wake. He reconnected with family and friends, returned to his Maori culture studies and language, the Indigenous language of New Zealand, and joined a basketball team. Soon new demos and lyrical themes emerged: of self-identity and escapism; tribalism and a gnarled family tree; and ruminations on the role of masculinity and mateship. “There’s a lot of male shapes on the record,” says Williams of My Boy. “Growing up an only child, I had to outsource my brothers and build a world around me. So while masculinity is a big theme, it’s really subsumed by broader explorations of vitality, and the social and cultural value placed on legacy.”

To help explore legacy, Williams shook up his own. Instead of recording My Boy with his trusted, long-time backing band The Yarra Benders, Williams’ demoed half the album with Mark ‘Merk’ Perkins before entering Neil Finn’s Roundhead studios in Auckland in late 2020 with producer Tom Healy (Tiny Ruins, The Chills) and a new cast of musicians: LA-based drummer Paul Taylor (Feist), bassist Cass Basil (Ladyhawke, Tiny Ruins), Healy on guitars and synths, and appearances from Delaney Davidson, Dave Kahn (the lone Yarra Bender on the record), and Elroy Finn on drums and percussion.

“Having new personalities in the room allowed me to escape myself,” says Williams. “When everyone’s still working out each other’s roles, there’s an unsettling and exciting tendency to go off in different directions.” My Boy does – it sees Williams firmly having fun, even while interrogating the behaviors of himself and those around him. “It happened naturally,” he explains. “I was listening to more steely, New Romantic stuff, like Duran Duran, John Grant, Perfume Genius, the Bee Gees. All those things fed into the machine.”

Over the last four years, Williams has forged a fledgling acting career. Most recently, he’s had major roles in films, The True History of the Kelly Gang, Lone Wolf, and The Beautiful Lie, and current Netflix series Sweet Tooth. Williams has also become an in-demand collaborator, singing on-stage with Lorde and Florence Welch, recording duets with Courtney Barnett, Paul Kelly, Yo-Yo Ma, releasing the Plastic Bouquet album with Kacy and Clayton, and making his first foray into composing with the film Juniper. My Boy parlays this flush of experience into a vivid, dynamic record as spirited, complex, and kinetic as the unfolding life of its performer. “I’ve always explored different character elements in my music,” says Williams. “And I think the more I get into acting, the more tricks I’m learning about representation and presentation. I’m trying to make my worlds feed into each other as much as possible. To get braver and bolder with exploring shifting contexts and new ways of doing things.”

This fall, Williams will embark on a full North American and European Tour. Full dates are listed below and tickets are on sale now.