Routine – the collaborative project of musicians, songwriters and partners Annie Truscott and Melina Duterte – will release its lush debut EP, And Other Things, this Friday, November 20th via Friends Of / Dead Oceans. Ahead of the EP’s release later this week, Routine shares a new song entitled “Calm and Collected” alongside a stunning music video filmed throughout Joshua Tree, where the EP was also written and recorded over the course of a month during the COVID-19 lockdown. The duo say, “We have both been wanting to collaborate with our good friend Eleanor for a while and the timing just lined up perfectly. Eleanor makes the most beautiful videos and we wanted something kind of dreamy and organic. When we scheduled the shoot in Joshua Tree, we didn’t realize that there would be a full moon. That definitely added a magical element to a project that already felt so special.” Listen to the song and watch the video now HERE.

Listen to the album’s lead single “Cady Road” and hear more about the project via today’s episode of NPR Music’s All Songs Considered HERE. 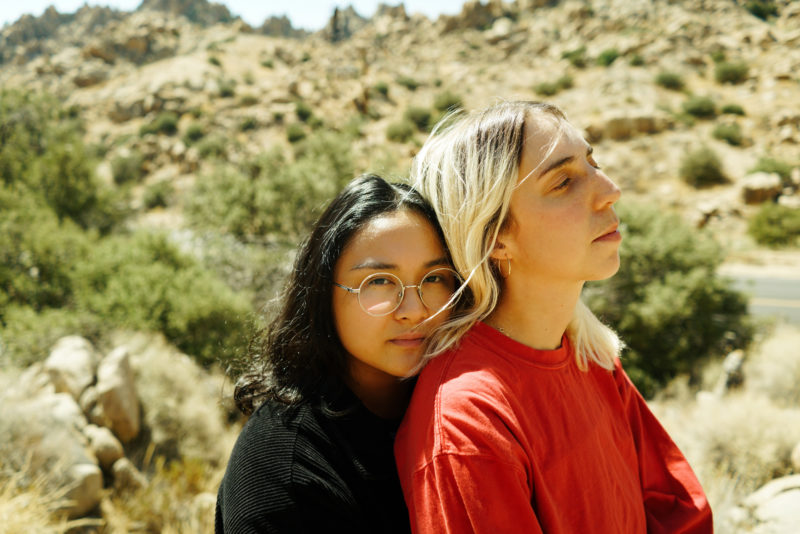 Routine finds Truscott, who plays bass in Chastity Belt, and Duterte, the mastermind behind Jay Som, trying new roles. For And Other Things, Truscott wrote the bulk of the material and sings, while Duterte used the project as an opportunity to, in her words, “take the backseat,” as accompanist, producer, and engineer. The product of a canceled tour that would have found the couple on the road together for the first time, And Other Things is a beautiful, collaborative outcome of an incredibly challenging time. Pre-order And Other Things now HERE.