Asheville, NC’s Wednesday have signed to Dead Oceans and shared a video for their angsty new single “Bull Believer.” “This song is an excuse for me to scream on stage, an outlet for the anger and sadness that has been collected by the current and past versions of myself,” says Karly Hartzman. “An offering to myself of a brief moment of release from being tolerant of the cruelty of life: feels like cutting my hair to let go of the history it holds.”

The band’s fall tour with Truth Club kicks off on September 21st in Greensboro, NC and wraps with a hometown show in Asheville on October 6th. Highlights include stops in Brooklyn, Chicago, DC and Philadelphia. All dates below.

With its sprawling eight and a half minute length, “Bull Believer” stitches two songs together, chronicling the details that make up a memory. Hartzman is a collector, empathetic to random detritus of existence, and often saves ideas and fragments of what inspires her for when the moment is right. “Bull Believer” is Wednesday’s most reference-heavy song yet, the bull metaphor lifted from an episode of Cocaine & Rhinestones, a podcast about the history of 20th century country music; the intro of the episode starts with a detailed history of bullfighting, and positions it as a metaphor for the Country great George Jones’ various addictions. 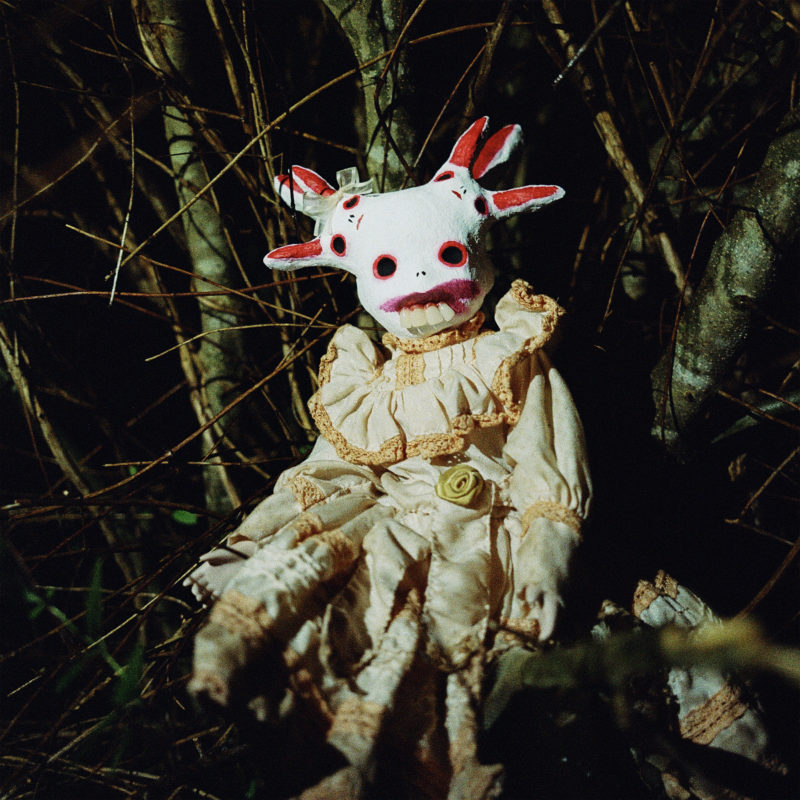 The first half, “Bull,” is a description of watching someone succumb to addiction and the desperation you feel in being helpless to find a reason worthy enough to stop them, while the second half, “Believer,” dips into a memory of ultimate teenage sadness, an elegy for anyone who ever loved a shitty boy in the hazy glow of the television, of video games. It’s an image from high school where you’re drunk for the first time and it hits with a raw emotional bite, the first time you really “let loose,” and share your feelings outwardly in your friend’s living room . It’s tepid bathwater, makeshift roadside monuments in rural North Carolina, the sound of wind whistling when you drive through a tunnel, the moment when lightning strikes and sky and ground are fleetingly connected. And the screaming, guttural refrain of “Finish him,” how those experiences collide inside of both your memories and body, how they collect and make you into the person you are today.

There’s a moment in the second half of “Bull Believer” – at about 3:26 – where the entire song winces. Shuddering in shame, or embarrassment – six heavy, reverberating guitar strums and then a moment of quiet, processing what came before and bracing for what comes next. Songs from Wednesday tend to hang in this moment: the searing present, the intensity of it, the tiniest details electrified and details at the corner of your vision. The making of a memory that you know is about to become something that lives in the back of your head forever. These are the songs that Karly Hartzman writes: thoughtful and loud and painterly, sometimes funny, sometimes tragic. Painfully human and somewhere in the chasm between short stories and memories. Or maybe it’s just where humor and sadness meet, and make you into the person you are.. We are one way, then we adapt. We love a person, we watch them suffer. We know ourselves, and then we don’t. And then the process starts again.

Hartzman writes most of her songs from her bedroom floor in Asheville, NC. Nodding to Nineties skuzz, shoegaze, and country, the music is gauzy and heady, a gnarled wall of sound where Hartzman’s voice and storytelling cut through the din. The band has long revered country lyricism – the dial in their car is often tuned to 105.5 The Outlaw, the DJ with the wild-ass voice – and the distorted lap steel innovations Chelmis unleashes on “Bull Believer” and elsewhere is an ode to the genre, to the music and imagery of the American south, the sprawl of the North Carolinian forests, a black bear darting through the yard during a barbeque with friends, a muggy summer and the impossible darkness only lit by lightning bugs when it’s real late at night.