Bill Fay’s music was a revelation to me when I first discovered it: the commanding power of his words; the modest, universal language of his sorrow. And listening to his music still makes me feel as if an old friend had been lingering in the shadows, emerging at just the right time. It was a real honor to record one of my favorites of his, “Dust Filled Room”.

Dead Oceans has announced the re-issue of Bill Fay’s Still Some Light, a double compilation album made up of 70s album demos and 2009 home recordings. Released in two parts, pressed on vinyl and out digitally for the first time, ‘Still Some Light Part 1’ is released 14th Jan, 2022.

Alongside, Dead Oceans has announced plans of a special series of four 7” singles, consisting of different musicians’ interpretations of Bill Fay classics. The first two (one a cover of ‘Dust Filled Room’ by Steve Gunn and the second, Kevin Morby’s version of ‘I Hear You Calling’) will also be released 14th Jan, 2022. 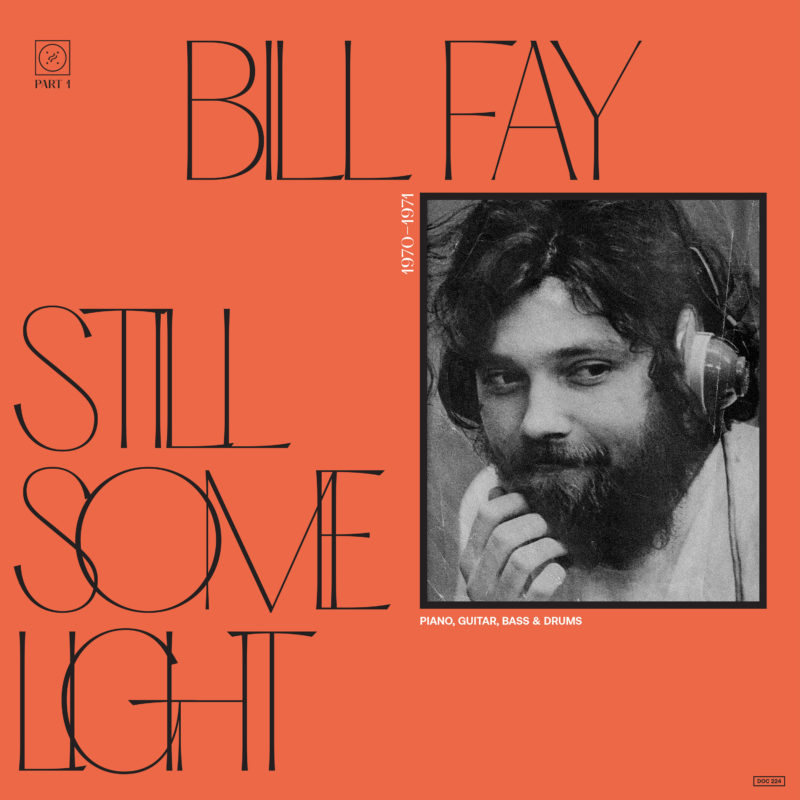 On the upcoming release of Still Some Light Part 1, David Tibet, a long-time fan and collaborator of Bill Fay’s, wrote the following introduction:

It must have been around 2000 that I first heard of Bill Fay. The artist and polymath, Jim O’Rourke, asked me if I had ever heard of him. Like almost everyone in the world, apart from rare-vinyl obsessives, I said I hadn’t. Jim then extolled Fay’s virtues in a fascinating pæan to him and his creations, and I was already hooked without having heard anything Bill had created.

There was a See For Miles CD which included both of Bill’s incredibly rare albums from 1969 and 1970, as well as his sole single from 1967. I bought it, put it on, and in swept “The Garden Song”. From that very first song, I knew I had discovered the artist who, for me, was the greatest singer-songwriter I had ever heard.

So I had to find Bill Fay. But there were very few leads out there; the usual comment was based on the cover of Time of the Last Persecution—“I think he’s somewhere leading a religious group”; “he’s disappeared completely’; “he’s become a Christian hermit somewhere”. Through various synchronicities I did manage to find Bill and we have been very good friends now for almost a quarter of a century, so I hope Bill won’t mind my stating he is indeed a very private man.

I spoke with Bill Stratton and Gary Smith, two of the people who had worked with him in The Bill Fay Group, and on the recording sessions which eventually became the Tomorrow Tomorrow and Tomorrow album, first released by our Durtro Jnana label as a CD in 2005.

I was honoured and delighted to get to know Bill well. Bill is the kindest, most generous, most supportive, most gentle, and most talented of men. Anyone reading this, I am sure, already knows of the profundity, and simplicity, of his work, and the intense emotional truth and honesty it carries—all of which Bill himself also has in his soul. Still Some Light, which you now are offered, was the second release we did with Bill, a collection of treasures from the Bill Fay treasure-chest, full of delights, and reality, and as real as rainbows.