Dead Oceans’ newest signing, Bristol, UK-based Fenne Lily, presents a new single/video, “Solipsism,” from her forthcoming album, BREACH, out September 18th on Dead Oceans. It follows a string of previously released songs and videos – BREACH’s “Berlin” and “Alapathy” and standalone singles “To Be a Woman Pt. 2” and “Hypochondriac.” “Solipsism” is a hazy lo-fi rock number, written in an attempt to create “something that sounded cheerful, about something really not cheerful.” The song deals with the anxieties of a social media driven generation, “because everyone is sharing everything, and everyone’s comparing their lives to other people’s.” She sighs her age of 21 (“one and twentyyyyy… ohhh“) over the strident surge of guitar fuzz, as she sings about the pressure to have more fun in her 20s, and the solipsism that keeps her awake. The accompanying video, directed by Tom Clover in partnership with the nonprofit organization Film Co, playfully points out some of these anxieties.

“A lot of situations make me uncomfortable — some parties, most dates, every time I’m stoned in the supermarket,” says Fenne. “‘Solipsism’ is a song about being comfortable with being uncomfortable and the freedom that comes with that. If you feel weird for long enough it becomes normal, and feeling anything is better than feeling nothing. I wanted this video to be a reflection of the scary thought that I’ll have to live with myself forever. It’s surreal to realise you’ll never live apart from someone you sometimes hate. Dad, if you’re reading this you killed it as shopper number 2.”

Clover comments, ““I asked Fenne what products she wanted to be and then worked backwards from there with the illustrators. Most of the references came from Asian Supermarket packaging – they are way more interesting. The most important thing was making sure that it reflected upon Fenne’s personality – there’s a bunch of details you might miss on the first watch!” 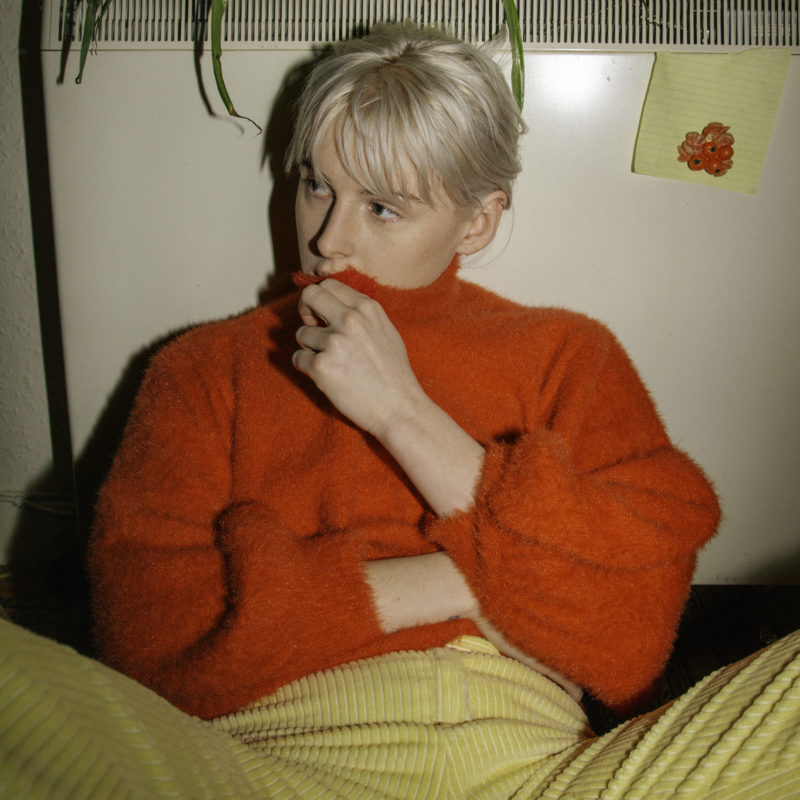