Throughout her almost year long promotional interviews for Punisher Phoebe Bridgers has been effusive in her appreciation of the work of award winning British actor, writer and producer Phoebe Waller-Bridge. It turns out the feeling was mutual and, after connecting over email during Covid quarantine, the two hatched a plan to collaborate together on a dmusic video for “Savior Complex”. The result, starring Emmy-nominated Irish actor Paul Mescal and introducing an exceptional new talent known only as Charlotte, is released today exclusively on Facebook.

Watch the Video for “Savior Complex” 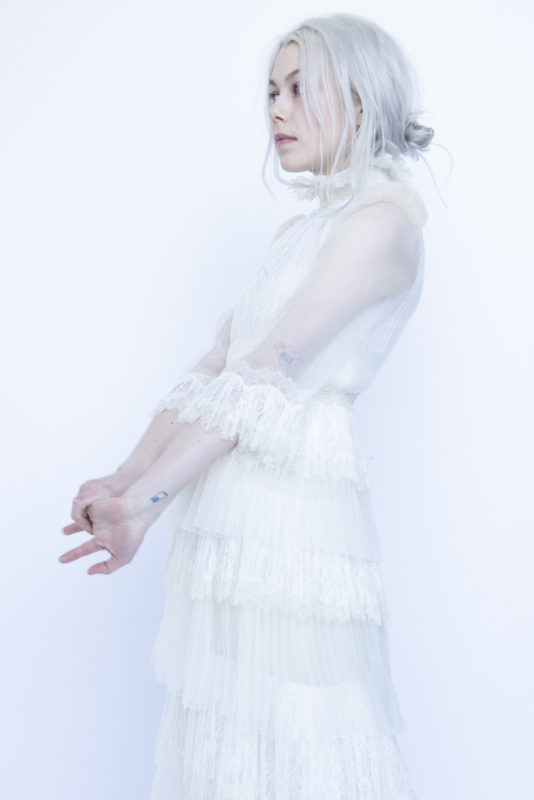 Bridgers will perform the song, a fan favorite from Punisher, for The Tonight Show With Jimmy Fallon tomorrow night with a special rendition filmed at LA’s famed Magic Castle.

Last week saw 4 GRAMMY nominations for Bridgers in the categories of ‘Best New Artist’, ‘Best Alternative Album’, ‘Best Rock Song’ and ‘Best Rock Performance’. The nominations followed a flurry of activity as her cover of Merle Haggard’s “If We Make It Through December” was released to benefit the Downtown Women’s Center in Los Angeles just days after she released a 4-track EP, Copycat Killer, with strings by Rob Moose. Bridgers also found herself with a surprise hit on her hands when her post-Presidential Election recording of The Goo Goo Dolls “Iris”, transformed into a duet with her friend Maggie Rogers, raised over $173,000 for Stacy Abrams’ Fair Fight Action in just one day and landed the duo at #1 on Billboard’s Digital Song Sales Charts with over 46,000 downloads. Bridgers launched her own record label, Saddest Factory Records, in October.